The pioneer of the robust design methodology is the Japanese engineer Genichi Taguchi. He laid the foundation stone in the 1950s. According to Phadke [1], the principle is to improve the product quality by minimizing the variance of the properties without eliminating the actual uncertainty itself. 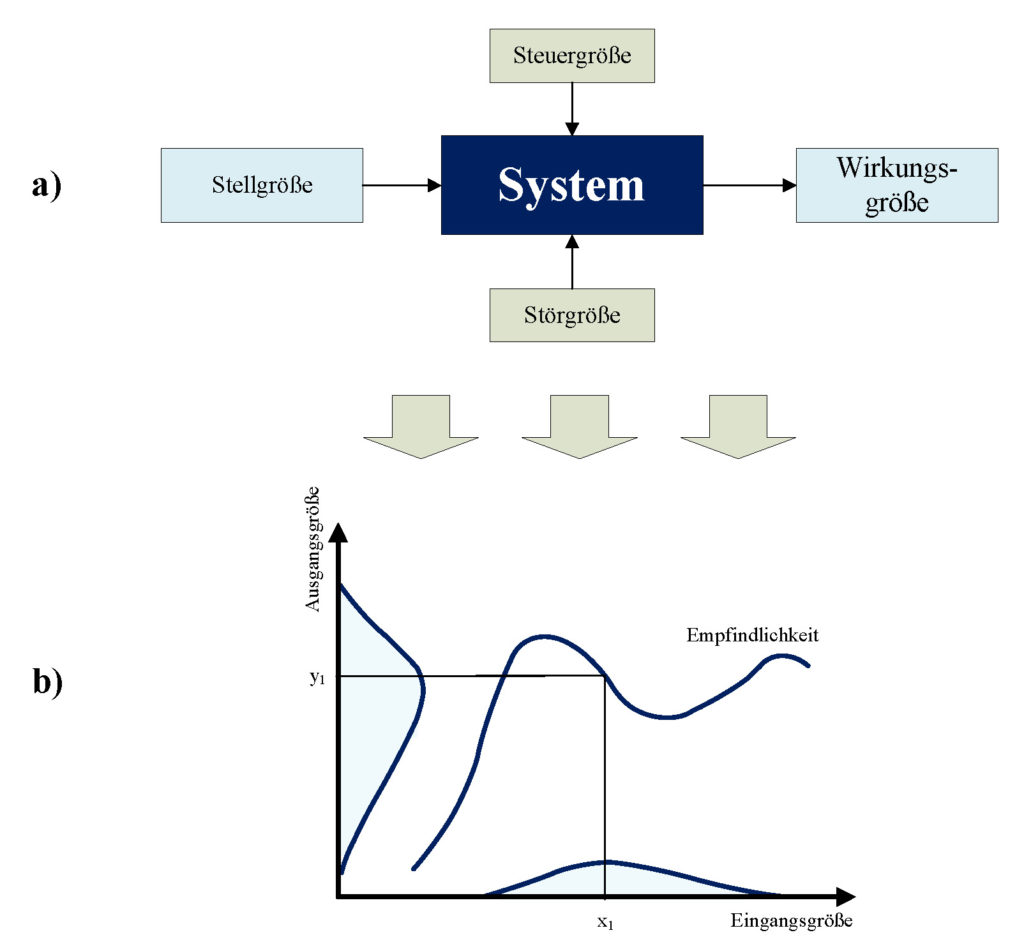 Output factor(s)
The output factor(s) is the response of the system to the previously inputted input variable of the user. It represents the result.

Noise factors
The noise facotrs are responsible for the scattering behavior of the input as well as output variables and which can be influenced only marginally.

Control factors
The control factors are the parameters already mentioned above, which can also have an effect on the output signal of the system and can be changed.

Taguchi’s thought shows Figure 1.2.1 b). An input variable x1 of a system has a certain fluctuation due to disturbance variables. This means that the value or property does not always have exactly the ideal value that is actually desired by the user. Nevertheless, the output signal and thus the user’s requirement are to be met. The output signal y1 also has a spread. The control variable indicates where the input signal is located on the x axis. As already mentioned, the robustness of a system is defined by the insensitivity to the disturbance variables. More precisely, this means that the fluctuations against external disturbance influences should have as little effect on the output signal as possible. The user’s requirement must therefore be fulfilled within a certain range despite scattering.

According to Park [2], there are three important robust design methods that target robust systems: Taguchi (TM), Axiomatic Design (AD), and Robust Design Optimization (RDO). Within these methods, various tools are used, which are discussed below.